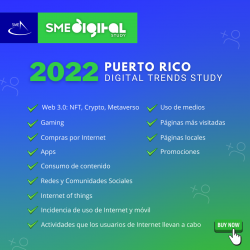 SME study: 53% of P.R.’s adults scale back on purchases

which conducted the study for the SME, discusses the findings Thursday.

More than half, or 53 percent of Puerto Rico’s adult population, confirmed in a recent study that they have stopped buying products or services because of the island’s economic situation. This represents about 1.4 million consumers.

The decline in purchases increases to 59 percent among the demographic of 30 to 44 year-olds and to 60 percent among consumers ages 45 to 59, according to the “Marcas que Marcan” study commissioned by the Puerto Rico Sales and Marketing Executives Association, unveiled Thursday.

The study provides data representative of the population in Puerto Rico about the consumer’s relationship with brands.

“When we look at the demographic of 18-29 year-olds, we see that 27 percent are looking for deals on the Internet and 17 percent use discount phone apps. When looking into the qualitative phase, these younger groups report that they no longer look at the store flyers because they automatically receive discounts up to three days after making the purchase, including if the price drops,” said Luis Burset, client service director at Gaither International, which conducted the study for the SME.

The study also looked at consumer behavior and analyzed the roles of men and women in the purchasing process.

“When asked who makes the buying decisions, we found that women predominate in the purchase of medicines and pharmaceutical products (54 percent), food and groceries for the home (53 percent), and clothing and accessories (53 percent),” Burset said. “Meanwhile, 43 percent of men make the decision to purchase cars. However, they share the decision as they seek a vacation destination (50 percent), choose a restaurant (48 percent), buy household goods (41 percent) and electronics (38 percent).”

At the time of purchase, 73 percent of consumers indicated that they make lists before going to the supermarket and 65 percent buy strictly what is on their list for budget reasons. However, if they see an attractive special or test a product in the store and like it, 45 percent said they buy the product, although it was not planned.

“Quality is the main attribute that Puerto Rican consumers seek, recognizing the importance of price and its relation to quality, particularly among women,” said Burset.

In this year’s study, Goya once again nabbed the top ranking as the brand most recalled by Puerto Rican consumers, followed by Toyota, Nike, Ace, Colgate, Clorox and Coca-Cola.

News is my business